Chronic Migraines and Other Migraine Types 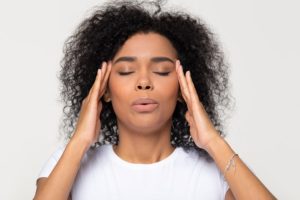 Here in our migraine chiropractic clinic in Morgantown, West Virginia, we aim to deliver accurate information to people about migraines. Those who have suffered from migraines before know how debilitating and scary they can be. Unlike what most people believe, migraines are not just terrible headaches. Rather, they have neurological root causes. Although a headache is one of the major symptoms of a migraine, it does not necessarily need to be present when a migraine occurs.

Migraines are one of the most incapacitating illnesses in the world, with 90 percent of people who suffer from them being unable to perform basic daily tasks, go to school or work, or do anything other than lie down and rest until a migraine attack dissipates. Migraine attacks can last from 4 to 72 hours, and they often involve depression, anxiety, and sleep disturbances. More than 2 out of 10 people who suffer from chronic migraines are disabled. What are chronic migraines?

What Are Chronic Migraines?

Other Types of Migraines

Listed below are the other types of migraines.

Although the International Headache Society does not recognize this migraine type, it is essential to recognize that stress can be a big trigger for migraines. Stress brings about tension headaches, and they may get worse and evolve into migraines when the stress becomes consistent. Practicing activities that reduce stress can help improve these migraines.

Vestibular migraines are also known as migraine-associated vertigo. Around 40 percent of people with migraines also have some form of vestibular symptom, which causes feelings of dizziness as if you or your environment is spinning. For this type and other types of migraines, we recommend that you visit a neurologist. The medication for this and the other migraine types are often the same. Different things may trigger vestibular migraines. Thus, you may be able to improve your symptoms by identifying and avoiding your triggers. To do this, using a migraine diary might help. You should also see a vestibular rehabilitation therapist. They will teach you exercises that will help when your dizziness and other symptoms become too severe.

An Effective Natural Treatment for Migraines

Studies have shown a connection between migraines and history of head and neck injuries. Accidents, injuries, and any form of trauma to the head and neck can cause the upper cervical spine to misalign.

The top bones of the upper cervical spine – the C1 and C2 vertebrae – have the important role of protecting the brainstem. It is the communication highway of the body, as this part regulates processes in the body. If the bones that support the brainstem misalign, a lot of problems can happen.

Naturally correcting this misalignment using gentle methods can restore the communication between the brainstem and the body and relieve the symptoms of migraines. You can begin to feel the effects or the improvement of your condition in as few as one to two visits to an upper cervical chiropractor. Visit us here at Mountain State Wellness in Morgantown, West Virginia to have your upper cervical spine checked and see what we can do to relieve your migraines.

FOR YOUR FREE CONSULTATION TODAY!

We believe that you can be healthy for a lifetime without relying on drugs and surgery. Our soul purpose is to increase your human vitality so you can fulfill your soul purpose!